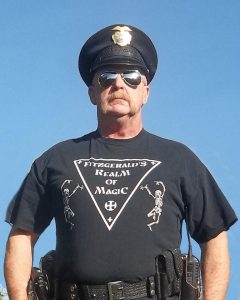 Al Burke is an Actor and Stunt Coordinator and he is featured at the mischievous Head of Security in “Dark Realm”. Al started his career in the world or wrestling as “Mr. Outrageous” which lead him to acting roles and stunt coordinating in the film industry. Al has a multitude of acting roles to his […]

Lady India / As Herself 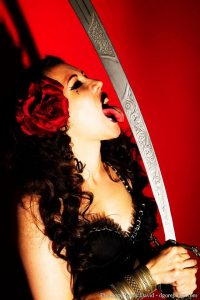 Lady India is a Tribal Fusion Belly Dancer, Model and makes her acting debut in “Dark Realm”. “Lady India” is an accomplished dancer and has developed her own signature style that has led her to many engagements in the world of Burlesque and concert events. She is featured in “Dark Realm” as her tantalizing self […] 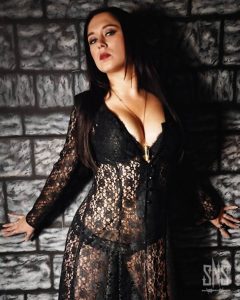 Heather Dorff is an award-winning Actress, Writer and Producer and is featured in “Dark Realm” as the seductive “Sister Midnight”. Heather first started acting in music videos and received her break-out role in the vampire thriller “Afraid of Sunrise” (2011), and has had many roles since, including her award-winning film she wrote, produced and starred […] 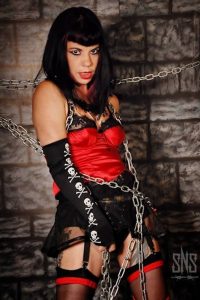 Cherries Jubalie is an Actress and Sideshow/Burlesque performer and is featured as the vivacious Scary Cherry in “Dark Realm”. Cherry is an accomplished live performer in the Burlesque scene with unique style and skills, such as the staple-gun act you see in the film, which lead her to be first cast in Ron Fitzgerald’s illusion […] 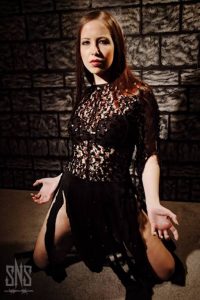 Kaylee Williams is an award-winning Actress, Model and Scream Queen and is featured as the mysterious Raven in “Dark Realm”. Kaylee caught the acting bug in high school and has been working ever since in live theater and films such as “Psycho Street” (2011), “Porkchop 3D” (2012), “Insignificant Celluloid” (2011) and “Slices of Live” (2010). […] 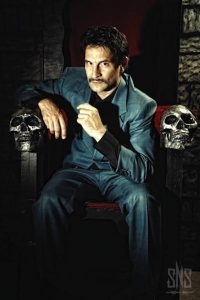 Vincent Bilancio is an Actor, Producer and Director and he not only acts in “Dark Realm” as the ambitious manager Price, Vincent also directed, co-produced and co-wrote the film. Bilancio has been acting in live theater and film for years. Vincent started his film career in Roger Corman’s cult classic “Sorority House Massacre” (1986). Vincent […]

Ron Fitzgerald / Master of the Realm 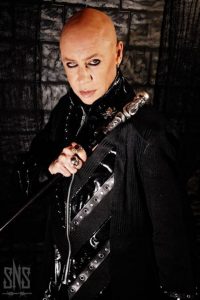 Ron Fitzgerald is an award-winning Actor, Illusionist and is the star of Dark Realm as well as the film’s co-writer and co-producer. Ron created the Gothic/Horror themed illusion show that is featured in Dark Realm and has taken his dark, theatrical show from Hollywood to Hong Kong. Ron’s first acting work was in the Sundance selected film “The […]